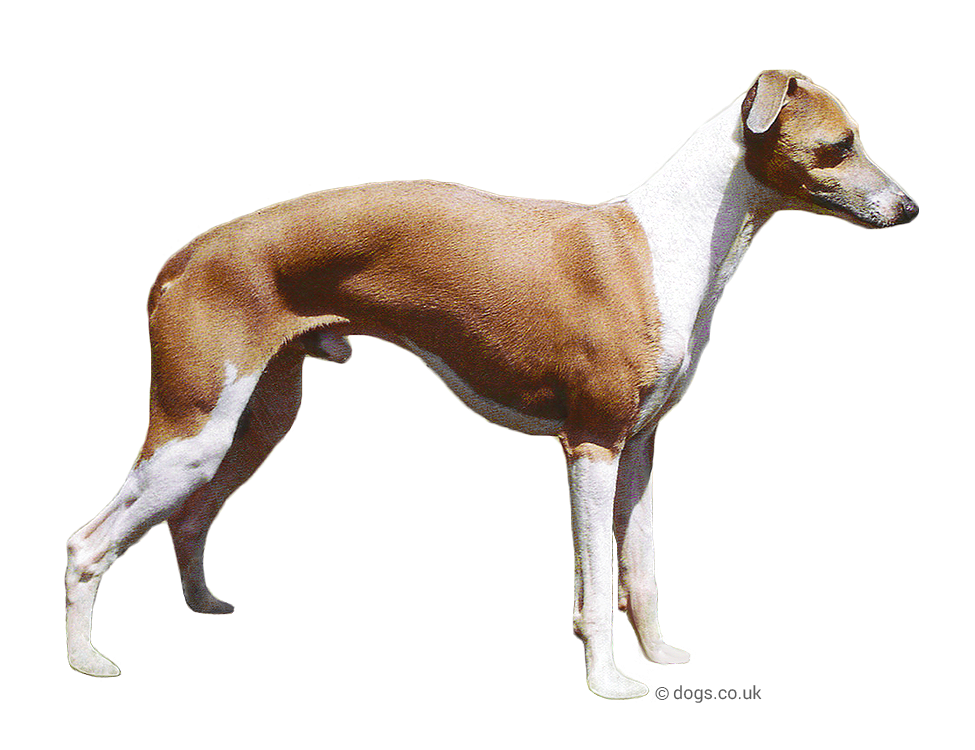 About the Italian Greyhound Breed

The Italian Greyhound is so called because it looks just like a Greyhound, but miniature, and it was hugely popular in Italy during the Renaissance period. It has the same proportions and body structure as the full sized Greyhound, which means it can run in the iconic double-suspension gallop. It has the same high loin arch, streamlined and lithe body, and pointed snout with forward facing eyes.

This miniature sighthound has a very short coat, which can be a myriad of colours. Different Kennel Clubs around the world have different standards for colours of coats. The dog can be white, grey, brown, black, fawn or cream, mostly with a mix of two colours. The single coat will mean the Italian Greyhound will struggle with cold weather and cannot be kept outside.

The Italian Greyhound is a great companion dog, with a personality shaped by centuries as a toy dog. It enjoys spending time with its owners. However, their lithe, small shape makes them a delicate dog, and they can easily be injured by other animals, children, or even their own boisterousness.

With evidence of the dog's line stretching back as far as Pompeii, it is evident that the dog has remained popular throughout time. There is dispute when the dog is called a "Miniature Greyhound", as some think the breed should be considered completely separate to the Greyhound, despite some Kennel Clubs holding them as direct genetic relations to the Greyhound, but just smaller due to selective breeding.